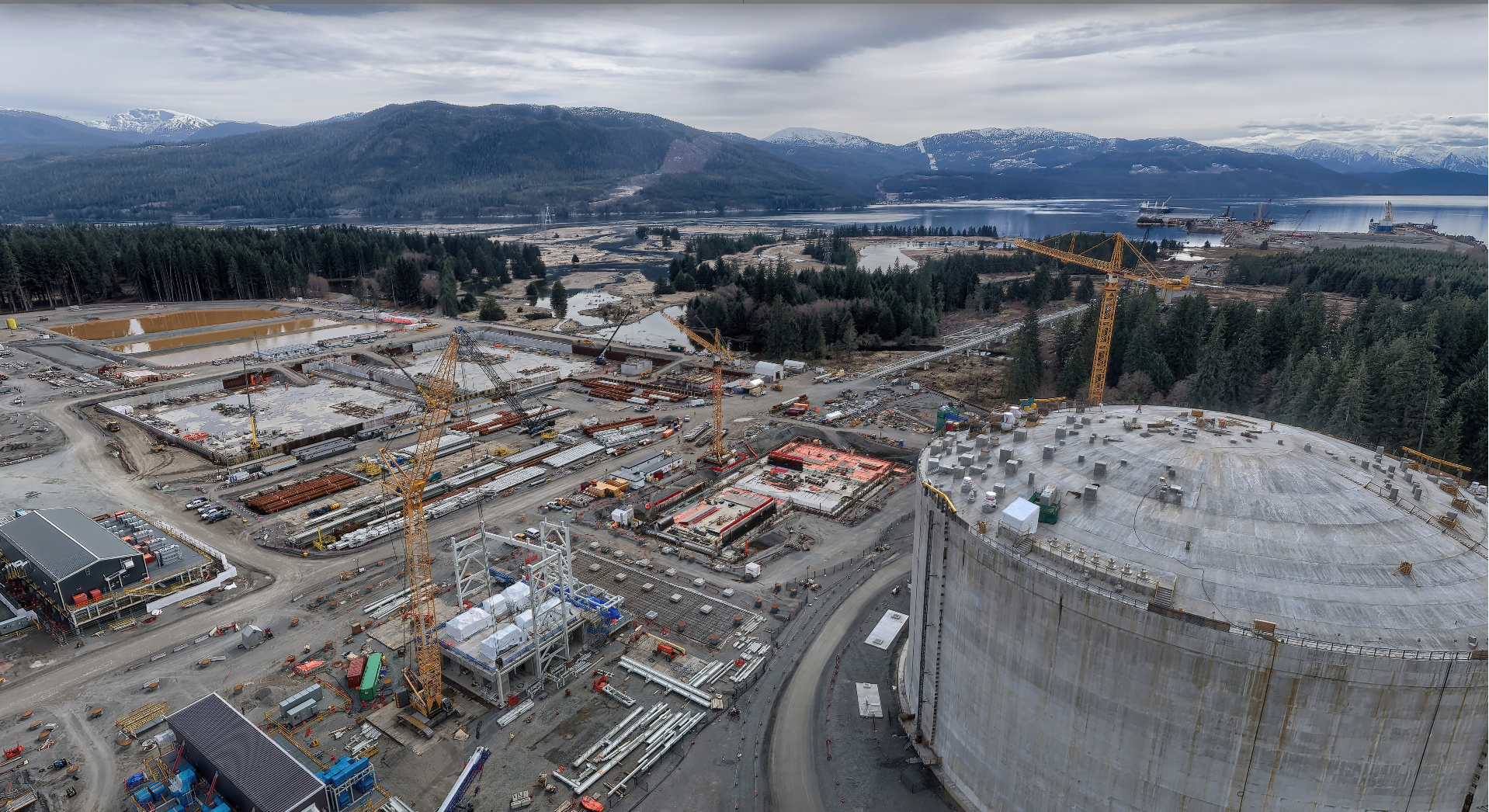 Altrad Services in Joint Venture with the Gitxaala Nation, and together known as the Altrad Gitxaala Joint Venture (AGJV), is pleased to announce it has been awarded a contract from the JGC Fluor BC LNG Joint Venture (JFJV) to perform insulation, painting / coating and fireproofing works as part of the construction of the LNG Canada Development located at Kitimat, British Columbia.

LNG Canada represents the largest private sector investment in Canadian history, and a once-in-a-generation opportunity to benefit local communities and provincial and national economies. It is a long-life asset with a 40-year export license that will initially export LNG from two processing units or “trains” totalling 14 million tonnes per annum (mtpa).
The scope of services to be provided under the contract includes work pack preparation, planning, coordination, procurement, supervision and execution of insulation, painting / coating and fireproofing.
Mobilisation to site is expected to commence in Q3 2022 and the contract will provide the opportunity for local employment and career pathways development for more than 750 employees at peak in 2023.
The Gitxaala Nation is located at Kitkatla, British Columbia in the province's North Coast region. By partnering with Altrad Services, the Gitxaala Nation will benefit from employment, business and community support opportunities throughout the performance of the contract.

Altrad Group Founder and President, Mohed Altrad, said: “LNG is an essential source of energy, and the construction and eventual maintenance of LNG facilities requires a high level of know-how and technical expertise in which Altrad is recognised as the industry leader. Consequently, Altrad is proud to be able to take part in this important World Class project, which is also very much in line with our sustainable development policy.”

Jan Vanderstraeten, Altrad Group co-CEO, added: “The contract award is a recognition of our LNG expertise, both in Australia, the Middle East and Africa, areas in which we have been able to deploy all our expertise, both on new projects and also in the context of maintenance and life extension work. Our LNG Center of Excellence will undoubtedly be an important resource throughout the project. We are very grateful to our client for choosing Altrad for this project and to our teams who have been involved throughout the tender process over several years.”

Michael Uehara, Gitxaala Enterprises Corporation CEO, added: “The Gitxaala Enterprises Corporation believes that to provide world-class opportunities for Gitxaala members, it must partner with world -class companies. Our joint-venture partnership with Altrad through Altrad Gitxaala Joint Venture (AGJV), affirms this policy at the highest level. We look forward to working with Altrad in realising opportunities for both parties in this venture.”

Chief Linda Innes, Gitxaala Nation Chief Councillor, said: “The Gitxaala Nation is proud to have formed a joint venture with Altrad. Altrad Gitxaala Joint Venture (AGJV) represents that a combination of diverse cultures is possible when achieving a common goal of prosperity, opportunity, and sustainability.”

Neil Sadler Altrad APAC CEO, said “This major construction contract award, a first for the Altrad Group in North America, demonstrates clearly the unrivalled experience and expertise that sits within the Altrad LNG Center of Excellence and serves as a testament to the quality of our people across the business. The partnership with the Gitxaala Nation also demonstrates the Altrad commitment to developing and fostering opportunities for First Nations people everywhere Altrad operates and furthers our commitment to build a sustainable future for everyone.”